How black magic started according to Muslims 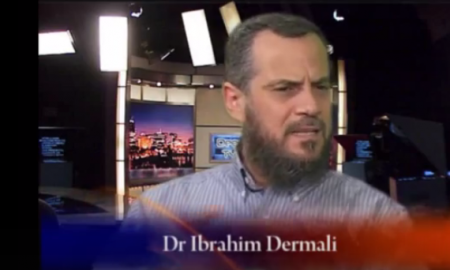 70,000 slave boy to serve each Muslim in heaven of Allah
Prev postNext post
Use your ← → (arrow) keys to browse

From Muslims site we quot;

“Prophet Sulaiman’s powers;Allah had bestowed Prophet Sulaiman (alaihis salam) with certain powers over mankind, Jinn and all other living creatures. Satan wanted to deprive him of this power. One day, as it was his practice, before going to answer the call of nature, Sulaiman (alaihis salam) gave his ring to a woman called Al-Jaradah. Satan took advantage of this opportunity, came in the form of Sulaiman, and took the ring from her and put the ring on. As Allah had decreed to bless the holder of the ring to have many powers, all mankind, the jinn and devils submitted to Satan. Later, when Sulaiman came seeking his ring from the woman, she accused him of being an imposter. Prophet Sulaiman endured this with patience as he knew that this was a test from Allah the Almighty

With Satan having new powers, the devils were now free to do whatever they wished. It was at this time that they wrote books of black magic and buried them underneath the throne of Prophet Sulaiman (alaihis salam). Black magic and fortune telling came to the earth through these devils who (after having the new powers) would eavesdrop on the descending angels about matters decreed in the Heavens. The devils would then come down to inspire the soothsayers with it, and the latter would add to it many lies of their own. People would then believe them and regard them as trustworthy. The people started writing down these matters and the word spread among the Children of Israel that the Jinn knew the unseen.

Later, when Allah restored to Prophet Sulaiman (alaihis salam) his kingdom, and all those who had strayed away came to follow the straight path once again, Allah the Almighty informed Sulaiman (alaihis salam) about the magic that had become commonplace among his people. This then drove Sulaiman to quickly seize and gather all these writings and put them in a chest and bury them under his throne. All the devils who tried to even approach the chest were burned alive. Prophet Sulaiman took an even harder stance declaring that he would behead anyone who claimed that the devils knew the unseen.

Asif was Sulaiman’s scribe. He knew the Greatest Name of Allah and used to write what he was ordered to by Sulaiman and then bury it underneath the throne. After Sulaiman’s death, a devil came in the form of a human being to the people and said: “I will lead you to an everlasting treasure that will never run out.” He was referring to the writings of Prophet Sulaiman that were buried under the chest. The Satan led the people to dig under Sulaiman’s throne. To provide credibility to his word he also offered to be killed if he was not correct in his claims. After the people dug out all the writings, the devil told them that it was these writings that had given Prophet Sulaiman power over mankind, the Jinn and the birds. The devils altered these books by adding magical and blasphemous writings. The devils wrote about different types of sorcery meant to fulfill different desires.”

is it not Amazing that an adult human-been believe in such fairytale stories, and yet they say it’s the book of God?