Muhammad and his Satan story 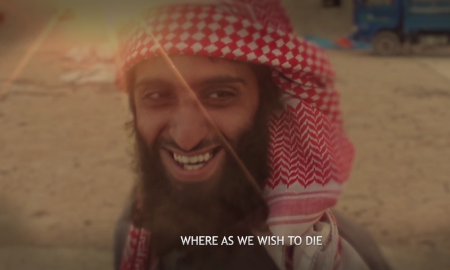 “Never sent We a messenger or a prophet before thee but when He recited (the message) Satan proposed (opposition) in respect of that which he recited thereof. But Allah abolisheth that which Satan proposeth. Then Allah establisheth His revelations. Allah is Knower, Wise;

http://quran.com/22/52
And Satan saith, when the matter hath been decided: Lo! Allah promised you a promise of truth; and I promised you, then failed you. And I had no power over you save that I called unto you and ye obeyed me. So blame not, but blame yourselves. I cannot help you, nor can ye help me, Lo! I disbelieved in that which ye before ascribed to me. Lo! for wrong-doers is a painful doom.
http://quran.com/14/22

Muhsin Khan
“Certainly, you shall have no authority over My slaves, except those who follow you of the Ghawin (Mushrikun and those who go astray, criminals, polytheists, and evil-doers, etc.).
http://quran.com/15/42

Narrated Aisha: magic was worked on Allah’s Apostle so that he used to think that he had Sexual relations with his wives while he actually had not (Sufyan said: That is the hardest kind of magic as it has such an effect). Then one day he said, “O ‘Aisha do you know that Allah has instructed me concerning the matter I asked Him about? Two men came to me and one of them sat near my head and the other sat near my feet. The one near my head asked the other. What is wrong with this man?’ The latter replied the is under the effect of magic The first one asked, Who has worked magic on him?’ The other replied Labid bin Al-A’sam, a man from Bani Zuraiq who was an ally of the Jews and was a hypocrite.’ The first one asked, What material did he use)?’ The other replied, ‘A comb and the hair stuck to it.’ The first one asked, ‘Where (is that)?’ The other replied. ‘In a skin of pollen of a male date palm tree kept under a stone in the well of Dharwan’ ” So the Prophet went to that well and took out those things and said “That was the well which was shown to me (in a dream) Its water looked like the infusion of Henna leaves and its date-palm trees looked like the heads of devils.” The Prophet added, “Then that thing was taken out’ I said (to the Prophet ) “Why do you not treat yourself with Nashra?” He said, “Allah has cured me; I dislike to let evil spread among my people.” (Book #71, Hadith #660) http://www.searchtruth.com/book_display.php?book=71&translator=1&start=0&number=660#660