300 Muslims Response to Converted2Islam “Why I Left Islam” 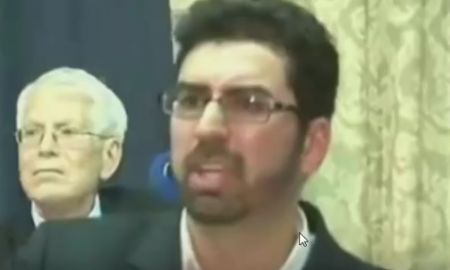 This video is made to expose the lies that Muslims they come with about the dignity of their the false Prophets Muhammed and as usual we will show you on your Life from resource approved books how we can expose those lies.

As-Sa’b bin Jath-thamah (RAA) narrated, ‘The Messenger of Allah (ﷺ) was asked about the polytheists whose land was attacked at night with the probability that some of their women and offspring were killed or hurt.’ He said “They are from among them.” Agreed upon. http://sunnah.com/urn/2115650
“The Messenger of Allah (ﷺ) sent me to a village called Ubna, and said: “Go to Ubna in the morning and burn it.’”
http://sunnah.com/urn/1329520
Anas bin Malik said “We came to Khaibar. We bestowed the conquest of fortress (on us), the beauty of Safiyyah daughter of Huyayy was mentioned to him (the Prophet). Her husband was killed (in the battle) and she was a bride. The Apostle of Allaah(ﷺ) chose her for himself. He came out with her till we reached Sadd Al Sahba’ where she was purified. So he cohabited with her
http://sunnah.com/abudawud/20/68
They uncovered my private parts, and when they found that the hair had not begun to grow they put me among the captives.
http://sunnah.com/abudawud/40/55
No woman of Banu Qurayzah was killed except one. She was with me, talking and laughing on her back and belly (extremely), while the Messenger of Allah (ﷺ) was killing her people with the swords. Suddenly a man called her name: Where is so-and-so? She said: I I asked: What is the matter with you? She said: I did a new act. She said: The man took her and beheaded her. She said: I will not forget that she was laughing extremely although she knew that she would be killed.
http://sunnah.com/abudawud/15/195
Les secrets du prophète arabe
http://www.amazon.com/secrets-prophe-…