Connect
To Top
News and commentsOctober 2, 2015 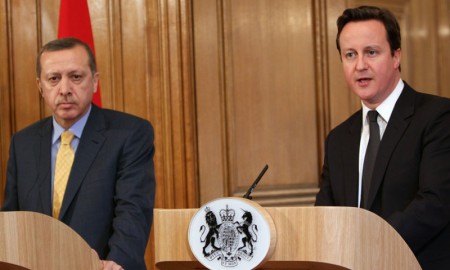 Till now American is Arming the Enemy of America, and the excuse is spreading democracy, after 5 years of Obama plan to establish an Islamic State finally some one like The Russian president, Obama keep saying one word “Syria war: ‘Assad must go‘ to ensure IS defeat” and he know Assad will be there for long time due the huge support he had from no less than 8 million Syrian, so why they can not defeat isis with out waiting for the Assad to go?

Why all the friends of Obama end to be Al-Qaida fighters ? 3 years NATO friends Attack ISIS what they accomplish? are they Attacking ISIS REALLY? can we see the videos ?

What the media say is what they like you to hear not the truth.

Now that Russia has officially begun conducting airstrikes on anti-regime forces operating in Syria, commentators, pundits, and analysts around the world will be keen to compare and contrast the results of Moscow’s efforts with the year-old US-led air campaign against ISIS targets in Syria and Iraq.

Clearly, Russia has a very real incentive to ensure that its airstrikes are effective.

Preserving the global balance of power means preserving the Assad regime and, by extension, ensuring that Iran maintains its regional influence.

On the other hand, the US and its regional allies actually have an incentive to ensure that their airstrikes are minimally effective. That is, for the US, Saudi Arabia, and Qatar, the idea is not to kill Frankenstein, but rather to ensure that he doesn’t escape the lab.

As we documented earlier today, Russia wasted no time launching strikes against anti-regime targets once the country’s lawmakers gave the official go-ahead and the West wasted no time accusing Russia of breaking protocol by targeting “modetrate” Syrian rebels (like al-Qeada) that aren’t aligned with ISIS.

It’s against that backdrop that we present the following footage released by the Russain Ministry of Defense which depicts the opening salvo in The Kremlin’s battle against terrorism in the Middle East (note the vehicle traveling towards the compound at a particularly inopportune time towards the end).

More in News and comments