no weariness touched Allah How the Qur’an Corrects the Bible

BIBLE WAS CHANGED BY SHABIR ALLY vs DAVID WOOD 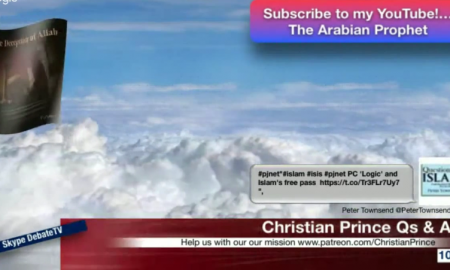 How the Qur’an Corrects the Bible Jesus was no God?
Prev postNext post
Use your ← → (arrow) keys to browse

Watch the video and laugh how Muslims shoot themselves in the heart by attacking our bible.

“And We have revealed to you, [O Muhammad], the Book in truth, confirming that which preceded it of the Scripture and as a criterion over it. So judge between them by what Allah has revealed and do not follow their inclinations away from what has come to you of the truth…” [Chapter 5, verse 48]

In this article we are going to look at some examples of how the Qur’an corrects the Bible.

1. God did not grow weary after creating universe. The Bible makes the claim that God Almighty rested (and was “refreshed”) after creating the heavens and the earth:

It will be a sign between me and the Israelites forever, for in six days the Lord made the heavens and the earth, and on the seventh day he rested and was refreshed. [Exodus 31: 17]

The original Hebrew word used for “refreshed” is ‘naphash’, which means “to take breath, refresh oneself”.

According to the Qur’an, God does not display these human attributes of weakness and fatigue, for He is truly Omnipotent. Hence, He does not need rest or to refresh Himself. This false claim is corrected in the Qur’an:

And We did certainly create the heavens and earth and what is between them in six days, and there touched Us no weariness. [Qur’an 50:38].